You can prevent citations for traffic offenses by avoiding the most common violations in Florida. At R. David Williams, P.A., Attorney and Counselor at Law in Fort Lauderdale, FL, our legal team has successfully represented hundreds of traffic clients. If you find yourself searching for a traffic criminal lawyer nearby, look for your specific offense below and call us.

What Is a Traffic Violation?

traffic violation occurs when a driver ignores the laws that govern vehicles on our roads. When a Florida driver commits a traffic violation, they may receive a fine, get sent to traffic school, earn unwanted points on their driving record, or even face a license suspension. Explore the two kinds of traffic tickets that a driver might receive when they fail to follow the rules below.

If you committed a traffic offense in Florida, you can stop Googling “traffic criminal lawyer near me” when you become an R. David Williams client.

What Are the Most Common Traffic Offenses in Florida?

Cell phones have contributed to many road accidents and traffic violations. Operation of a cell phone while driving remains prohibited by traffic rules around the globe. In 2019, traffic officials issued 2,986,986 tickets for it in Florida. Discover some of the most common traffic violations in Florida below.

One of the most common traffic violations in the United States involves driving above the speed limit. In Florida, speeding accounted for 704,092 tickets in 2016 alone. When a driver is adjudicated guilty of going 15 miles per hour or more over the speed limit in Florida, the Department of Motor Vehicles will issue three points on her driving record.

Drivers often fail to come to a complete halt at stop signs or red lights. A total of 72,843 drivers in Florida received tickets due to running stop signs in 2016. Failure to obey stop signs can incur points on your driving record, which leads to increased insurance rates.

Florida motorists must possess valid driver’s licenses at all times to drive on the roads, avenues, and highways. Carrying a suspended driver’s license can result in fines or criminal charges. When a driver receives their first ticket for driving with a suspended or revoked license, the traffic authorities may consider it a second-degree misdemeanor depending on whether the driver had knowledge of the suspension.

What Kinds of Traffic Violations Appear on a Permanent Record?

Your familiarity with the rules of the road may fall short when it comes to nuanced areas of the law, so the best way to deal with legal issues involves hiring a trusted traffic criminal lawyer.

How Do You Respond to a Traffic Ticket in Florida?

At the Law Offices of R. David Williams, Your Defense Is Personal to Us

Have you received a ticket in Florida and need a traffic criminal lawyer in or near Fort Lauderdale, FL? Contact our legal team at R. David Williams, P.A., Attorney and Counselor at Law, by calling 954-522-9997 for a free traffic ticket defense consultation. It’s the best possible defense, personalized.

The information in this blog post (“post”) is provided for general informational purposes only and may not reflect the current law in your jurisdiction. No information in this post should be construed as legal advice from the individual author or the law firm, nor is it intended to be a substitute for legal counsel on any subject matter. No reader of this post should act or refrain from acting based on any information included in or accessible through this post without seeking the appropriate legal or other professional advice on the particular facts and circumstances at issue from a lawyer licensed in the recipient’s state, country or other appropriate licensing jurisdiction. 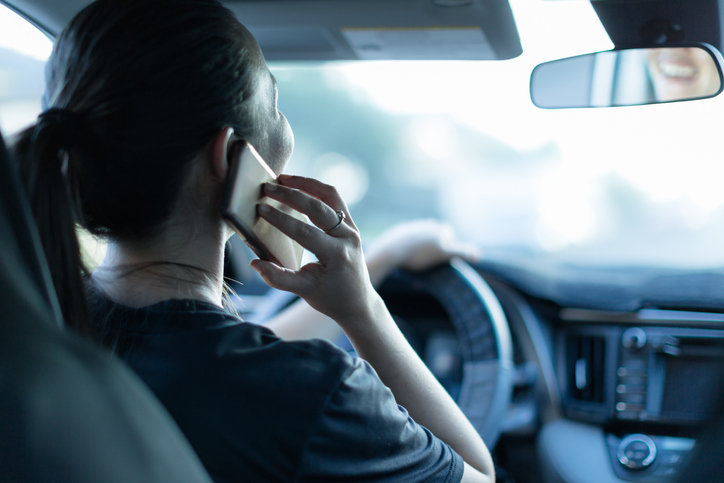 « What You Need to Know About Florida's DUI Penalties
» Have You Been Accused of Domestic Violence in Florida?